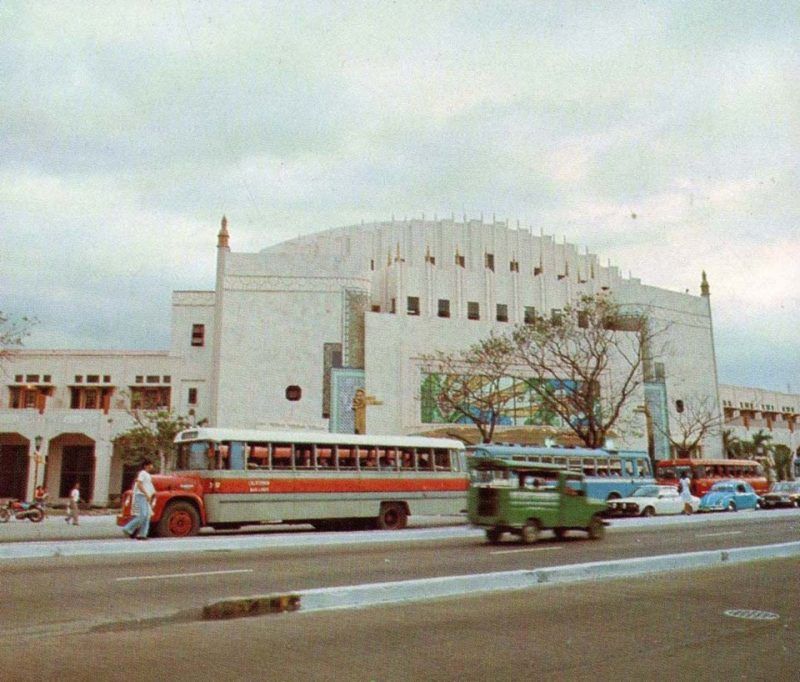 If you’ve ever commuted in Manila, chances are you’ve passed by an old, seemingly rundown building across the Manila Central Post Office. The structure spent most of its time fenced up with faded posters narrating its colorful past before it became the landmark that it is today.

Beneath the grime and the peeling paint, this moldering structure bore witness to the vibrant history of Manila. Having hosted the grandest events in the country, graced by renowned personalities in Philippine entertainment, art, culture, politics, and society, the Manila Metropolitan Theater (MET) is a constant reminder of the city’s glamorous past. 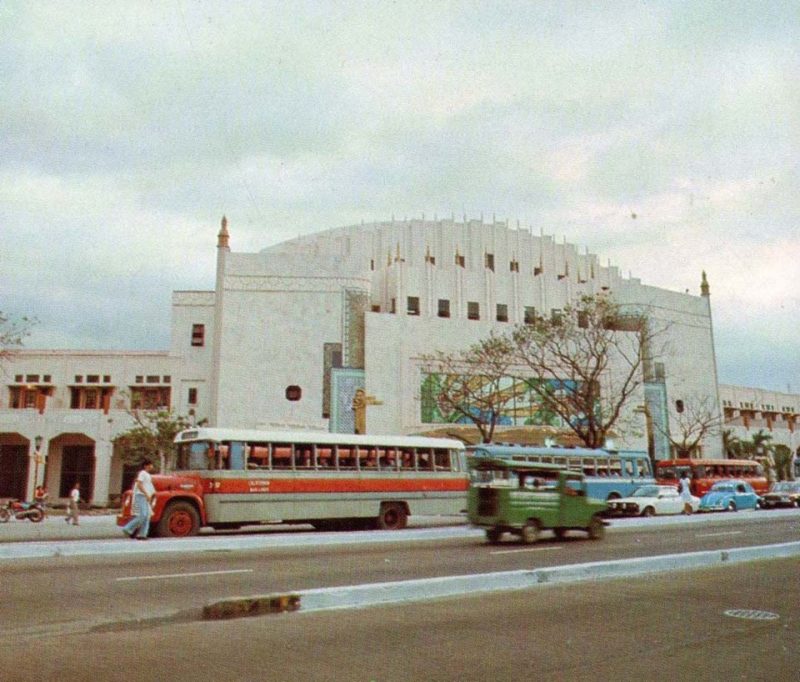 25 years since its closure and several attempts to full restoration, it is now set to reopen its doors to the public in December 2021. While we wait, here are eight (8) amazing facts to hold on to:

1. A National Artist designed it

National Artist for Architecture Juan Arellano designed the Theater in 1931. This art deco design serves as a departure from Arellano’s earlier classical works such as the pre-war Jones Bridge and the Legislative Building (now the National Museum of Fine Arts) in Luneta. He was also behind Manila’s Post Office Building. 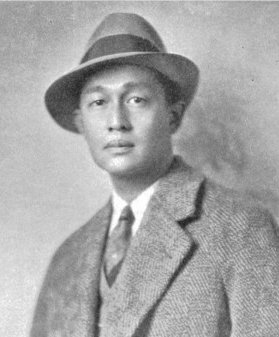 Other renowned artists also contributed to the creation of the theater. Sculptural works in the façade of the theater, such as the Adam and Eve statues at the main lobby, are from the Italian sculptor Francesco Riccardo Monti who lived in Manila from 1930 until his death in 1958.

Highly stylized plant-themed carvings and other wall details of the lobby and interior surfaces of the buildings were executed and designed by Filipino artist Isabelo Tampingco.

National Artist Fernando Amorsolo painted the murals “The Dance” and “The History of Music” situated on opposite ends of the balcony, while displayed at the exterior of the theater is the “Siamese Dance” made by Francesco Ricardo Monti.

2. It was one of Manila’s iconic landmarks.

During Manila’s peak from the late 19th century until the beginning of World War II, the MET was one of the architectural gems of the Art Deco architectural style on top of being the largest theater in the country back then. It acquired a spotlight on the thriving hub of business and entertainment. 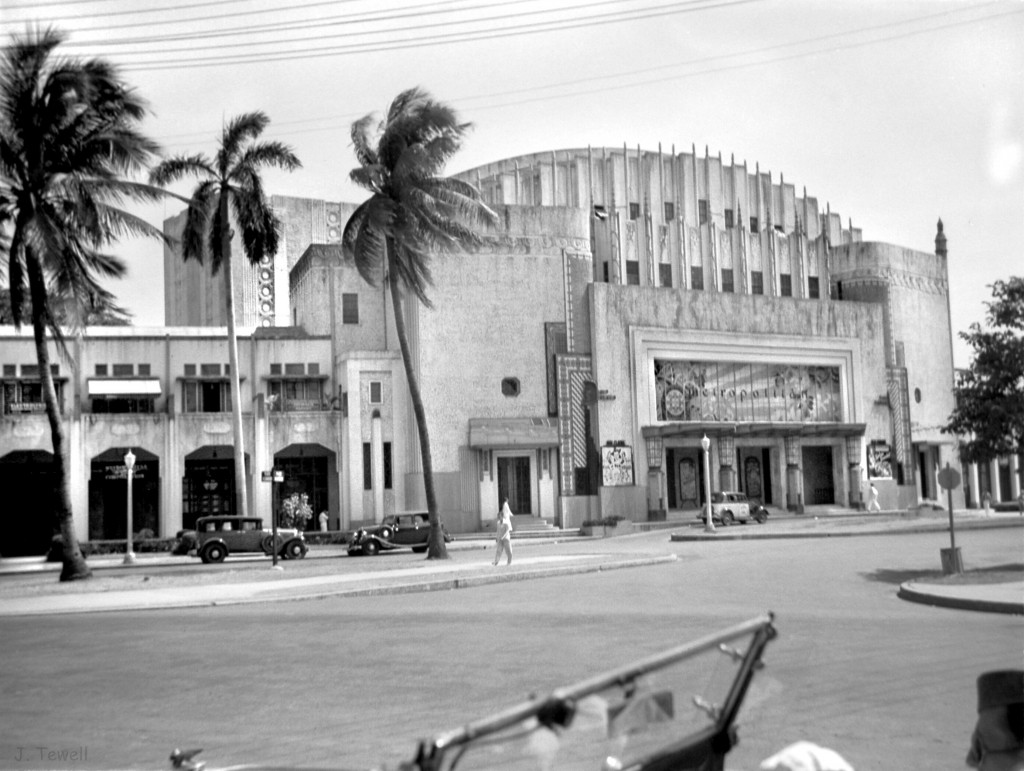 The MET was formally inaugurated on Dec. 10, 1931. Some of its parts were bombed During World War II and the liberation of Manila by the United States and Filipino forces in 1945. Unlike most severely damaged buildings in Manila, it fortunately only lost some of its roofing and some of the walls. Considering the Battle for the Liberation of Manila is quite one of the greatest tragedies of World War II, the survival of the “Grand Dame of Manila” signifies the strength of the building, and probably signifies hope in every circumstance. 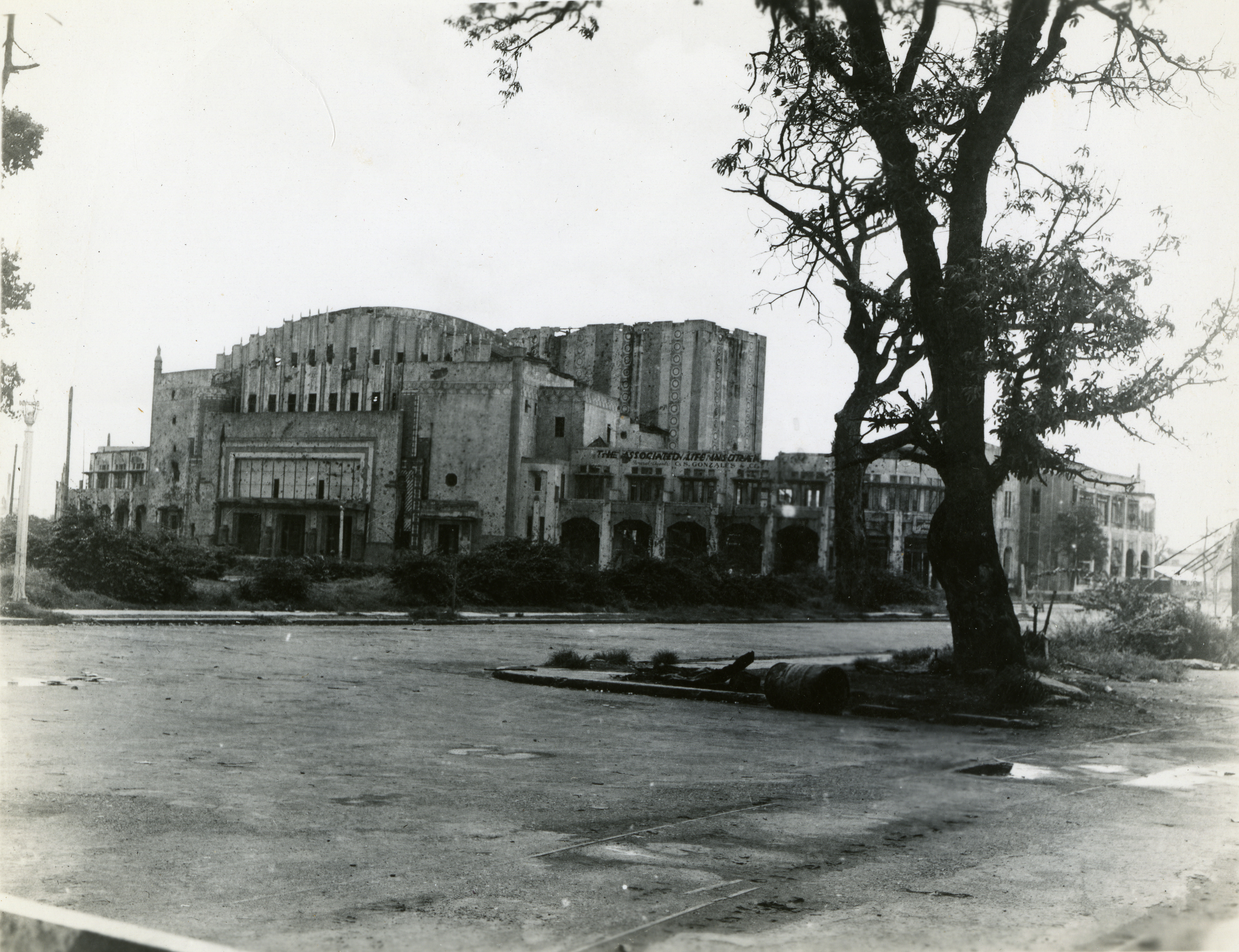 4. It was originally painted off-white.

According to the records, the original paint of the Metropolitan Theater is not in the shades of pink but off-white. The bright, bubblegum-pink paint was a remnant of the Marcos-era restoration of the MET in the 1970s. It is also the color that this generation remembers until today.

Moreover, the theater’s pinnacles were originally in gold before being painted black.

5. Mickey Mouse made his debut here.

The first black and white Mickey Mouse clips by Disney were just one of the international productions shown on MET’s screen. It is how modern MET was when it was newly built – with the projector capable of showing a wide range of films, local to international. 6. It’s a hub of grand performances

Hosting from national to international artists, actors to opera singers performing and showcasing their grand performances to the Filipino, no doubt it’s a hub of grand performances. The theater has also been known to host vaudevilles, zarzuelas, plays, operas, and concerts. National artist Honarata ” Atang ” dela Rama used to perform at this theater, and soprano singer Jovita Fuentes. National Artist for Literature Nick Joaquin “Quijano de Manila” would also watch theatrical plays. International theater groups such as the San Carlo Opera Company also graced the theater in the 1930s.

Remember the line, “You’re nothing but a second-rate, trying hard copycat!”? The final showdown scene of Sharon Cuneta (Dorina Pineda) and famous singer Lavinia Arguelles (Cherie Gil) in the classic and popular film Bituing Walang Ningning (1985) was on the Manila Metropolitan Theater’s stage. 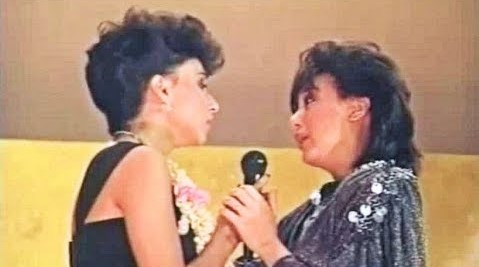 7. It was considered as the countries’ first ‘national theater’

When MET was formally opened, it was considered the country’s first national theater. In the year 1973, it was named National Historic Landmark. It was in 2010 when the National Museum of the Philippines declared it as a National Culture Treasure because it’s a unique, well-preserved art deco building of an outstanding size in Asia.

After being damaged by the bombing during the second world war, MET was initially refurbished with help from the Reparation Act of 1946 and the P1 million fundraised by the Metropolitan Theater Company. In 1978, former first lady Imelda Marcos gave a third life to the theater with a P30 million loan from the Government Service Insurance System.

The MET was opened four times: in 1931,1946, 1978, and in 2010. Come 2015, the Government Service Insurance System (GSIS) sold the property to the National Commission for Culture and the Arts (NCCA), the country’s prime government agency for arts and culture. It started the rehabilitation and restoration with the National Museum of the Philippines and the National Historical Commission. Initially, it was announced that the theater would reopen with a show for the 500th anniversary of the Victory of Mactan in April but was postponed. It was then rescheduled to open in time for Independence Day on June 12 but due to the uprising threats of the COVID-19 pandemic, it has been canceled.

Indeed, the Manila Metropolitan Theater will always be a source of Filipino pride for culture and the arts — past, present, and future.