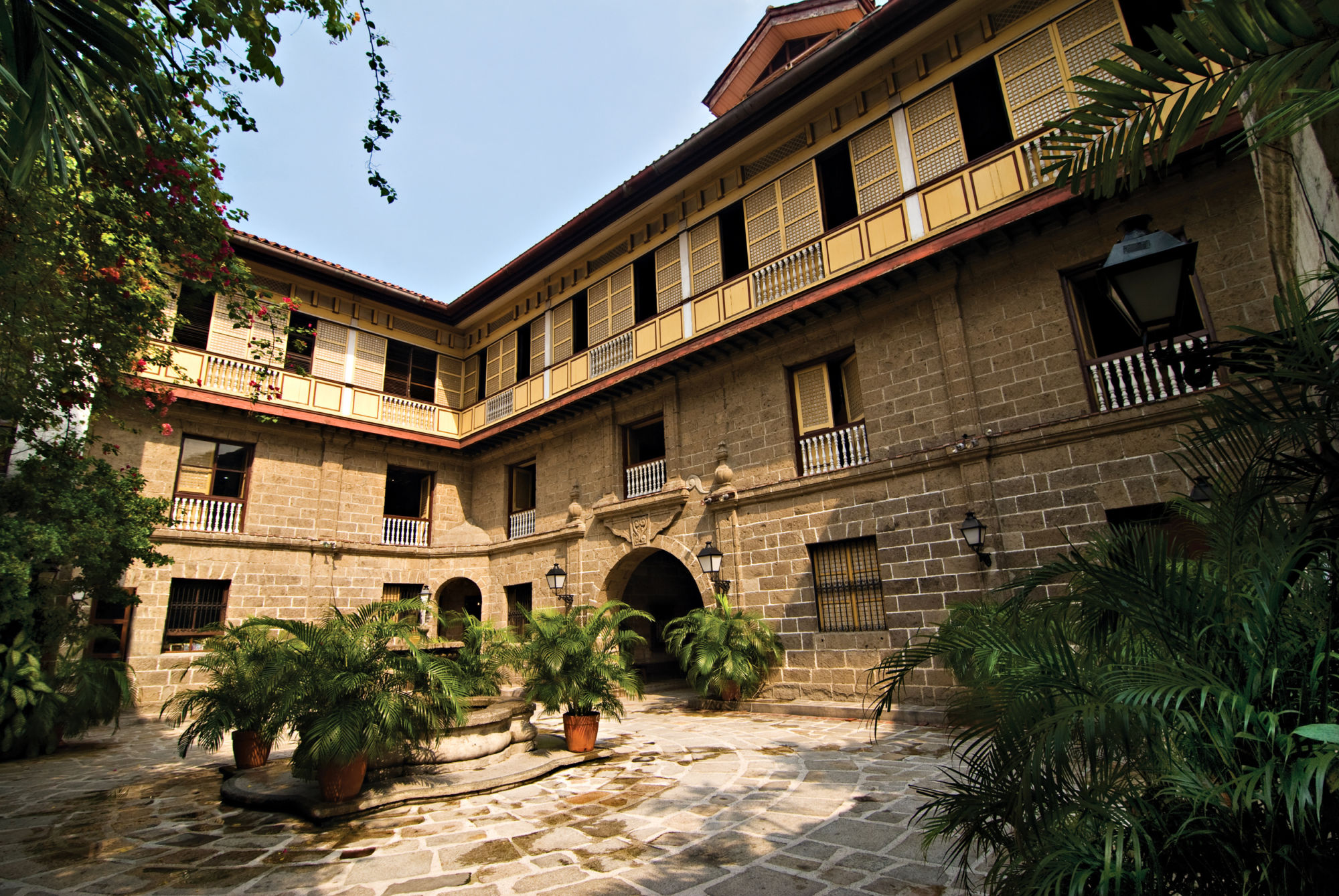 There are a lot of Spanish terms that are still being used by Filipinos, some of which are too old-fashioned for the current generation. In fact, much of the words listed below speaks volumes as to how much influence the Spanish had over the housing and architectural layouts of old Filipino homes.

While redundant in the post 2000s tagalog-english era, these Spanish-Filipino terms are still being used by local contractors and seasoned veterans. They are also commonly used by people who work on and are closely associated with ancestral homes in general. The list below collects common Spanish household terms that may be familiar to you in a way.

AZOTEA – An open balcony used for private gatherings. Depending on the home, it can either be a proper terrace/roof garden or a small space used to connect a 2nd floor room to a flight of outdoor stairs. 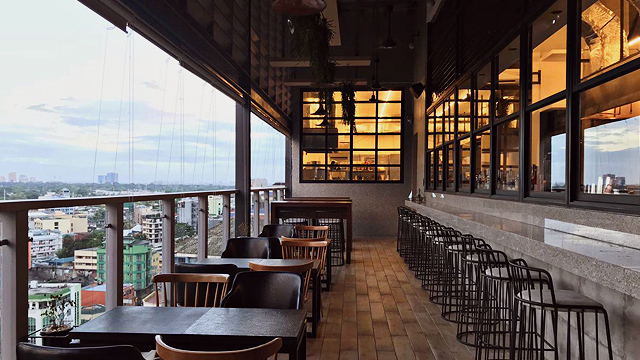 BANDEHADO – Refers to a popular Bahay na Bato style house that was named after the Chinese platter plate bandehado. Bandehado houses utilizes a circular platter design for its walls. 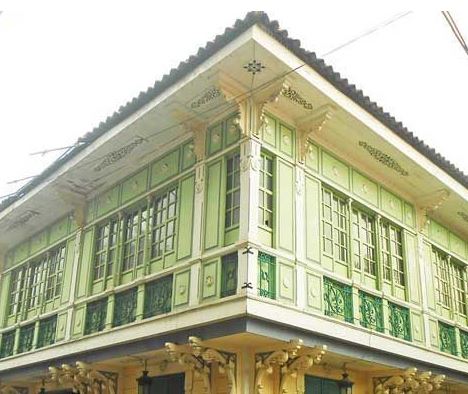 BAÑO -The Spanish version of the word banyo. It stands out as the most commonly used household term to this day, right next to cucina and cuarto. It is commonly used to refer to the bathroom of a given area, though it is also erroneously used for restrooms in general.

BULWAGAN – This refers to the entrance hallway of a large house.

CAIDA – A receiving room for house guests. These are often located close to the entrance or the ground floor terrace. A caida can also refer to a guest’s house separate from the main house.

COCINA – Like baño, cocina is the Spanish spelling of kusina, referring to the kitchen area. 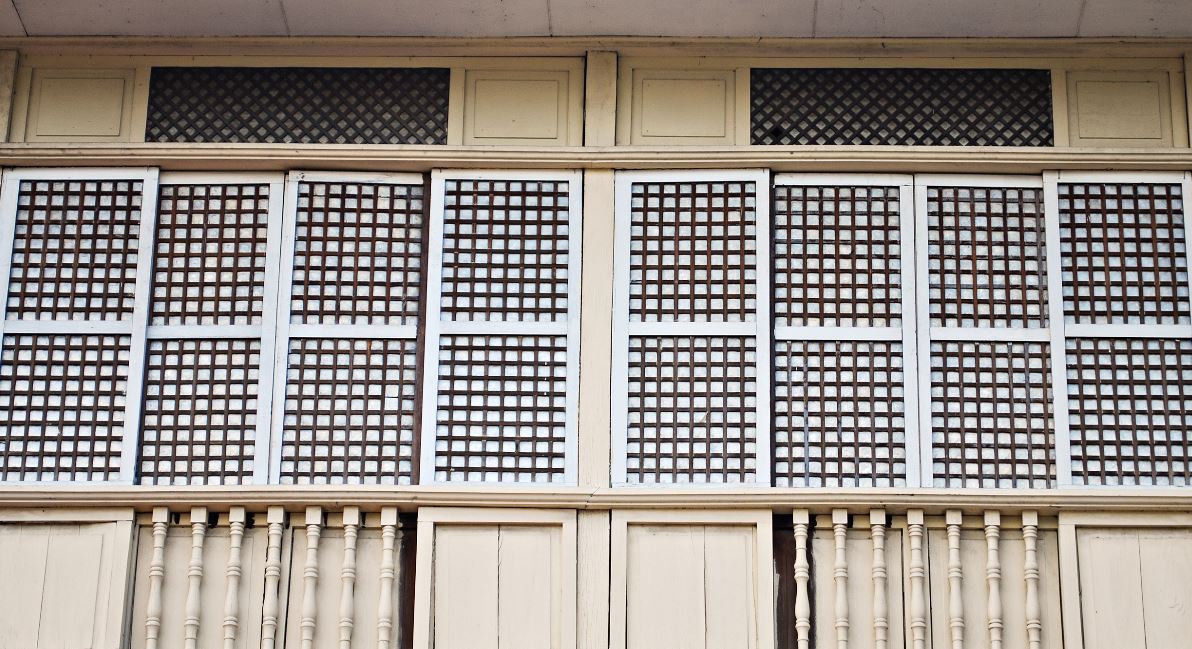 Capiz Windows and the concha that protects them.

COMEDOR – The Spanish word for dining room. This is what the dining hall in ancestral homes were called. 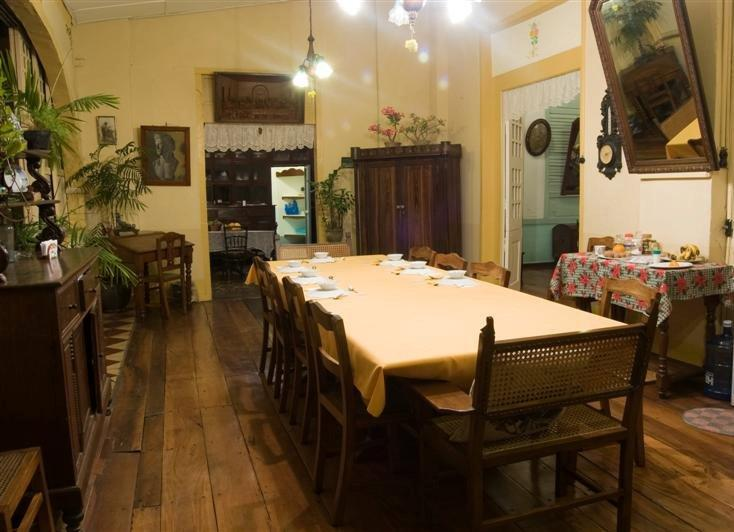 A comedor in a preserved bahay na bato. Photo courtesy of wikiwand

CUARTO – The Spanish version of kwarto. While the word specifically refers to the bedroom, it is sometimes erroneously used to refer to rooms in general settings.

DESCANSO – It can either refer to the first few steps of a landing or an entire flight of stairs. In Spanish, it means taking a break. The term is rarely used these days to refer to stairs. 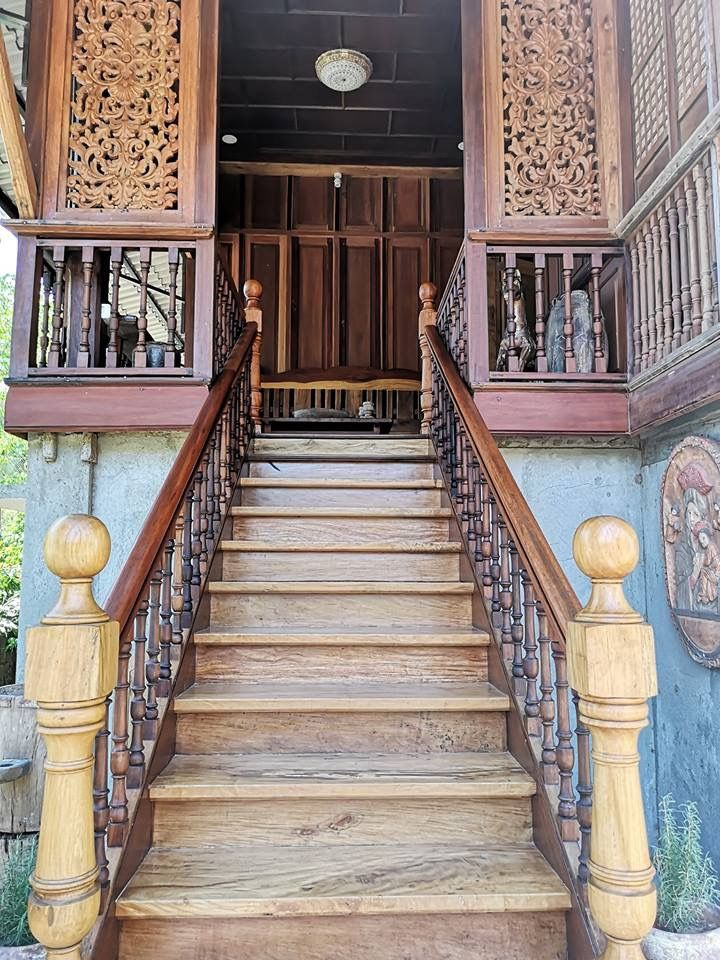 DISPENSA – Commonly known as the pantry, but it can also refer to a cabinet or any small storage space.

ENTRESUELO – In ancestral homes, it refers to both the mezzanine and the servant’s quarters.

MEDIA AGUA – A Spanish term that refers to the awning, or the  protective shade above a window. 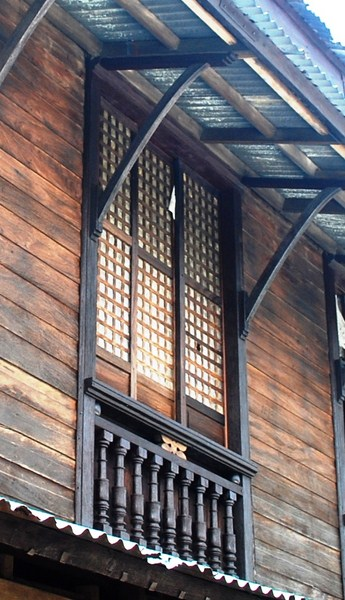 Closer look at a media agua. Photo courtesy of benjielayug

ORATORIO – From the word oratory, it is a household prayer room or altar room that is usually filled with religious paintings and sculptures. It can stand out as a place of zen and peace, depending on how well cared for it is. Outside of houses, an oratorio also refers to a religious musical piece used in orchestras and choirs. PAINADORA/PEINADORA – A Spanish-style wooden dresser with Euro-Filipino accents and an attached mirror on the top. The more mirrors it had, the more expensive and desirable it was, and the quality of the wood used also contributes to its price tag. While paindoras have fallen out of style in the past decade, it’s still a recognizable part of Filipino ancestral homes. Well-preserved ones can still fetch a decent price in the collector’s market. 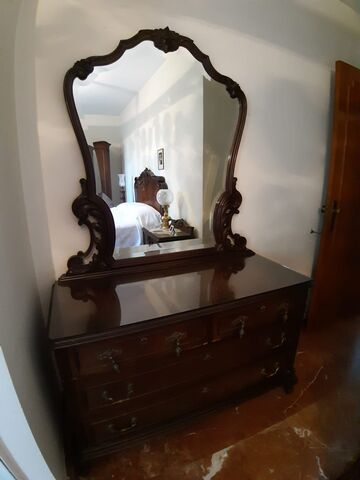 A painadora antigua in the bedroom. Photo courtesy of milanuncios

PUERTA – Refers to the port, the front entrance of a house. In case you are wondering, the place Puerta Galera translates to gallery port. 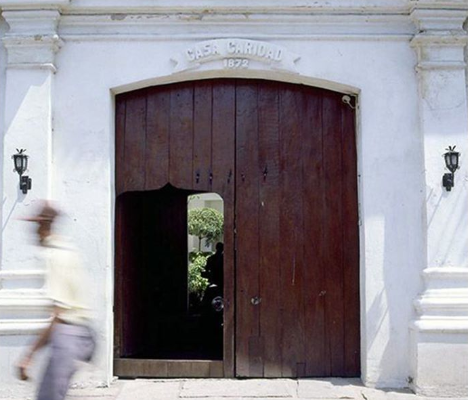 Puerta, the kind of door you would find in old churches and Spanish forts as pictured above. Photo courtesy of Quizzlet

REHAS – The railings of a window that are fastened to the house. It’s a timeless anti-theft window fence that is still popularly used today. 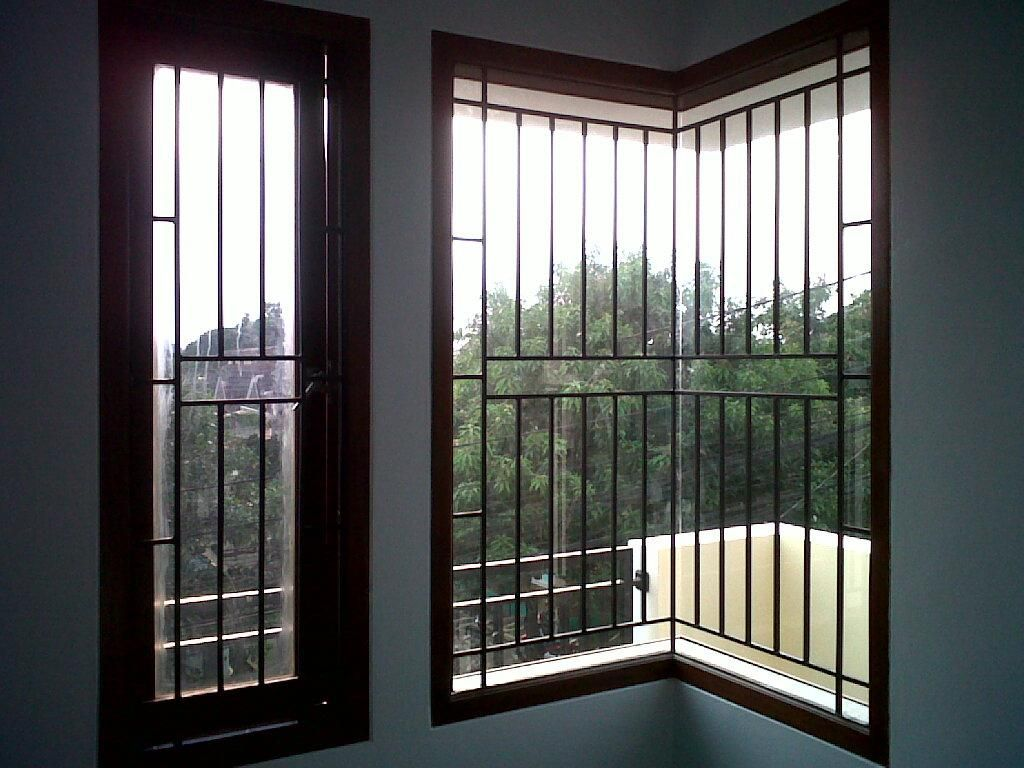 SALA MAYOR – Often shortened to sala at present, the sala mayor refers to the main living room of a home.

SALA MENOR – Refers to the secondary or lesser living room of a large home. 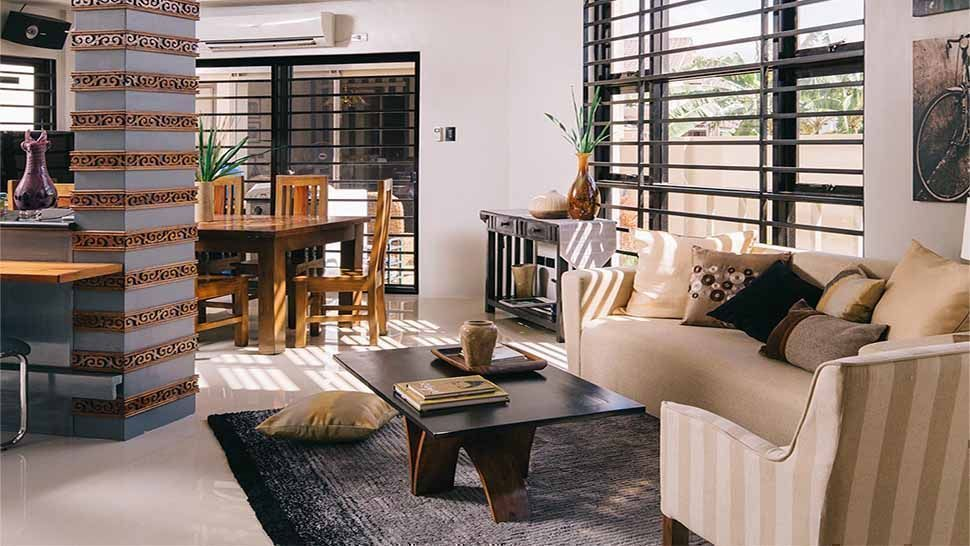 VINTANA and VENTILAS– The Spanish version of bintana. Not to be confused with ventilas, which refers to either the vent window or a smaller version of vintana. 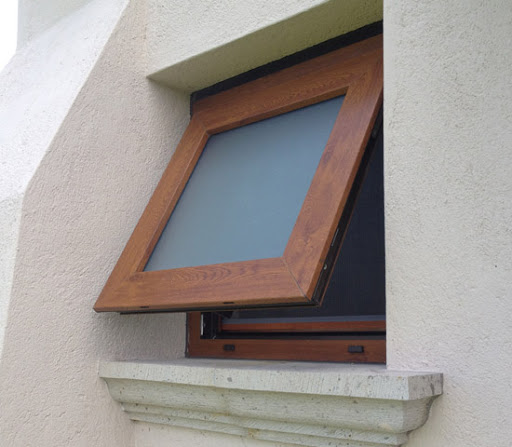 ZAGUAN – Depending on the era and location, a zaguan can refer to one of two things:

In modern-day Philippines, this term is exclusively used for Bahay na Bato residences pertaining to the space of the storage area in the lower levels. Elsewhere, it is used to refer to covered courtyards in residential areas.

A lot of these terms are still being used frequently by ancestral home preservationists to describe the parts of an ancestral home to tourists or those unaware. Once able, you can find the time to tour some of the bahay na bato homes located in Manila. Who knows, you might get inspired to have a part of your home turned into a modern Spanish-Filipino style tribute.